The Dangers of a Rusted Roof 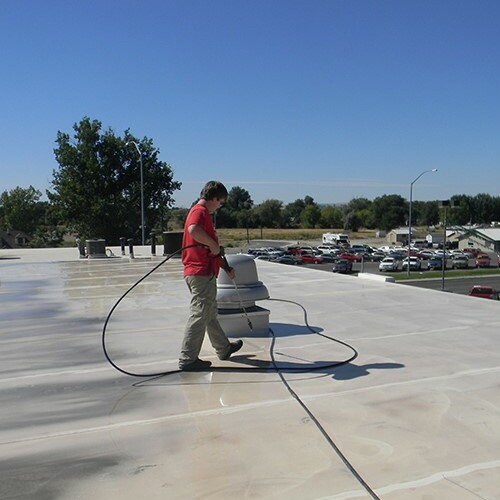 Rust is an ongoing issue for any building or structure with an iron roof. All metals that contain iron are prone to rust when exposed to water and air.

Rust is a type of corrosion that occurs to any metal that has any iron content. When rust forms on your roof, it can cause serious problems. It’s smart to have your roof inspected regularly and invest in repairs when needed. If you fail to maintain your roof, it will have a much shorter lifespan.

Some of the dangers of rust can be found here. Knowing these will help you understand why it is such bad news for your roof.

You can see the damaging effects of rust on the bodies of discarded vehicles in junkyards. Typically, holes throughout the metal continue to grow as time passes. This same effect can occur to a metal roof.

If you don’t protect your roof by scraping rust off the surface and coating it with paint, holes will start to form. When holes are present, there’s not much you can do but replace the affected materials. Also, they let water and moisture into your house, which can cause serious problems. Not only can this result in the development of mold and mildew, but eventually, it will cause issues for the structural integrity of your home or building.

Rust Will Weaken the Metal

Rust appears as an orange powder at first on a metal surface that’s beginning to corrode. As time passes, rust will start to replace the strong iron or steel with the orange, flaky powder. Unfortunately, rust has significantly less mechanical strength than the steel or iron that it is replacing, which means it will weaken the entire object.

When rust is present, the strength of the metal it forms on is reduced extensively. If your roof is weakened by rust, it will eventually impact the whole structure. This means your entire building or home will be weakened.

Rust Will Continue to Expand

Rust has more volume than iron. This means that it will begin to push adjoining parts outward when it forms. The official term for this is “rust-smacking,” and it will cause the structure to be more susceptible to damage that is caused by weather, movement, impact, and gravity.

Rust Causes Metal to Get Stuck

Because of rust, it becomes harder and harder for sliding metal parts to interact with each other. The best example of this is a rusty bolt and nut. As more rust develops, the harder it is to turn the nut. If you apply too strong of a force, it may cause damage that makes the bolt unusable.

Turn to Professionals for Help with a Rusty Roof

If you have noticed there is rust on our roof, don’t wait to call for an inspection. We will ensure that any type of rust issue is repaired or recommend replacement if that is the best option. Call us today at (931) 220-1728